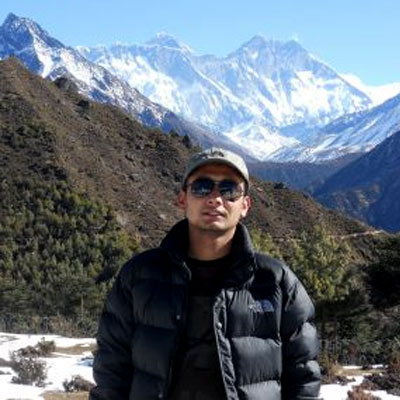 One of the pioneering figures in discovering new tourism destination in Nepal, Rajendra Adhikari, a young and interdisciplinary accepted Tourism as his profession since 2002. He faced a number of hardships in the very beginning when he was employed as a porter. Despite a great deal of obstacles during those days, due to his keen passion to satisfy the guest with the top most service, he soon became popular as an experienced Tour Guide among colleagues and tourists. And experiencing Tourism from its different angles in different circumstances, Mr. Rajendra has been acquainted to all the travelers of the world as one of the influential tourism entrepreneur being one of the founders of Team Himalaya Pvt. Ltd.

Being A grade student, Mr. Rajendra Adhikari has successfully completed his Bachelors’ Degree in Tourism and Travel. It is said, “He was passionate to be familiar to the tourists in his childhood days and he would please them too”. He keeps no stone unturned to handle both foreseen and unforeseen circumstances during travel days. He is optimistic, enthusiastic, courteous and the individuality having pleasing personality.

Mr. Rajendra Adhikari was born in a remote village named Marpak of Dhading district in 1986.In Spite of his originality from a remote village, his contribution in Nepal Tourism in invaluable.

Besides, he is well familiar to the culture and tourism of different foreign countries like Germany ,Denmark, Sweden, India, Tibet and many more. 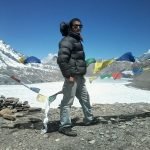 Mr. Ramesh Sitaula, is a veteran and most experienced trekking guide of Team Himalaya. Highly qualified with academic qualification of Bachelor in Arts. Mr. Sitaula with a great experience of 6 years, leading successful treks with his good knowledge about the region. Born and raised around the Mid-Hills of Nepal Central Himalayas in the district of Dhading. The village he was born sits on the laps of massif Mt. Manaslu and Ganesh Himal. From an early age very keen on a wilderness adventure and joined Team Himalaya. At present, he is known as an expert guide leading countless successful treks over the past six years till present. 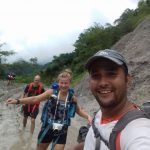 Mr. Kamal Simkhada is one of the most professional and veteran guides in Nepal. Mr. Simkhada has great experience as a trekking guide and as a tour leader for more than 13 years. Leading and guiding treks and tour offering in-depth information about Nepal related to tourism. As well as the country’s various cultures, history, and customs which makes every client satisfied with his excellent knowledge. Team Himalaya gets most of the repeated clients due to its expert and knowledgeable guides like Mr. Kamal Simkhada.

Trekking with Mr. Simkhada will be an exciting holiday due to his vast knowledge and qualification for Bachelor in Economics. 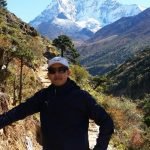 Mr. Ham Gurung, origin comes from the hill tribes of Western Annapurna Himalayas. Born and grew up in the low land of the Terai belt in Chitwan.

But his great interest was leading and guiding treks from an early young age, after completing his Bachelor's degree in Business.

Over the past decade, he has guided treks as well as tour leader showing the travelers wonders of Nepal. A full-time guide and a tour leader for Team Himalaya with vast experience leading treks and tours all around Nepal.
Trekking with Ham Gurung will be an exciting and wonderful adventure around the Himalayas. A humble and pleasant guide equipped with full information about the country. Every trek and tour he leads with interesting and successful with his good guidance experience. 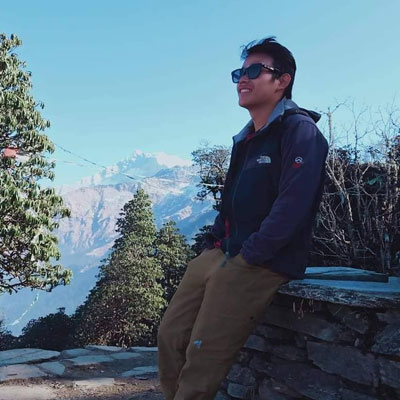 Mr. Mani Kumar Rai with great experience in Nepal tourism leading treks and tours to various Himalayan destinations. One of the veteran guides of the company with seven years of experience leading and guiding successful treks and tours.

Trekking with Mani Kumar Rai adds an extra exciting and enjoyable time making your adventure worth visiting Nepal Himalayas. A great guide with many successful trips in his guiding career till the present. 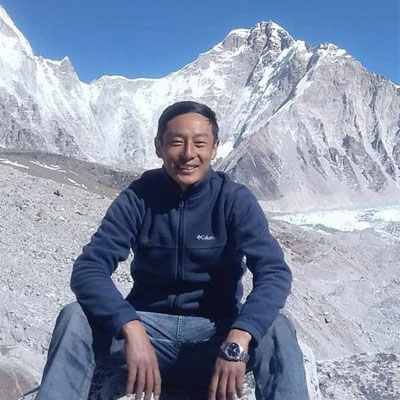 One of the most senior and veteran guides of Team Himalaya with 11 years of experience trekking around the Himalayas. A humble person has led many groups on treks and tours, offering full knowledge of the areas. Along with his career as a trekking guide and tour leader with his academic qualification degree in Bachelor Business. It will be a great enjoyable adventure holiday trekking with Mr. Rai as a guide on all trips around the Himalayas.

Providing excellent knowledge in accountancy, started as a staff of Team Himalaya five years ago. Ms. Adhikari's academic qualification is Bachelor's Degree in Travel & Tourism. Ms. Adhikari was born in the mid-hill village around the Langtang Himal region of Rasuwa district.

Being born around the hills of Langtang Himal having good knowledge of the tourism sector, especially in trekking and various adventure. Which makes her one of the important staff of Team Himalaya. 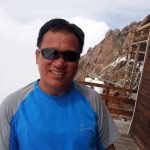 Mr. Dawa Tamang is one of the leading veteran guides of Team Himalaya with his expertise in mountaineering skills. Been with the present company since he started his trekking and climbing career about 15 years ago.

Dawa Tamang as an expert mountain guide has climbed Mt. Everest and other major peaks around Nepal Himalayas. Where all major peak climbing and mountaineering expedition is led by Mr. Dawa Tamang. He has led many successful trips over the years through his utmost guiding and mountaineering skills. Although a high school graduate but with enough knowledge to lead and guide the groups with enjoyable and memorable adventure holidays. 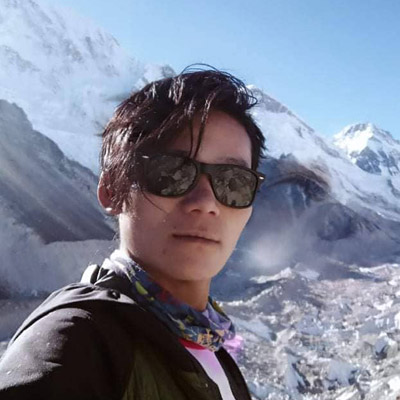 Mr. Ujwal Rai was born and raised in the high Himalayan mountain village of Solu Khumbu district. Started his career as a Trekking and Climbing Guide 9 years ago. Mr. Rai an expert guide leading successful adventurous trips on top of popular trekking peaks of Nepal.

Mr. Ujal Rai has also led many treks and climbing trips from moderate to adventurous and challenging around Nepal Himalayas.

An expert trekking guide with years of experience and with a pleasing personality offering great services and keeping every client satisfied and happy.
Mr. Rai with his great skill in climbing peaks and leading high-altitude treks makes him one of the best guides of Team Himalaya. 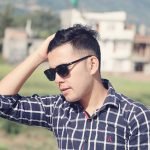 Mr. Manoj Adhikari is an executive officer of Team Himalaya with 5 years of experience in the tourism industry. Born in the district of Dhading, located on the foothills of massif Ganesh and Manaslu Himalayas. Started his profession in tourism after completing his BBS degree (Bachelor in Business Studies from Tribhuvan University in Kathmandu).

As well a co-founder of Team Himalaya (P) Ltd. with his great knowledge of Business Studies. Makes him the right person to manage the company’s financial sector and trip operation also. His good knowledge and trekking experience provides travelers with great adventure holiday at affordable price.

Mr. Govinda Paudel was born and raised in the close shade of Ganesh and Langtang Himal mid-hills. Started his career in tourism after completing his Bachelor's Degree in Business. At present holds the post of Marketing Manager with his great knowledge of travel destinations.

Mr. Paudel is an efficient and active person the right job for his profession. Mr. Paudel also travels to various countries to promote the Trekking Team's wide range of holiday destinations. An intelligent person when dealing with foreign agents abroad and in Nepal. Makes the company much more active with booking and offering information to his clients regarding the company’s background and its excellent services with money worth of holidays.

Mr. Pemba Sherpa, an expert guide and climber started his trekking and as a climbing guide at a young age. Joined with Trekking Team and has led successful adventurous trips all around the Himalayas for nine years.

Mr. Pemba Sherpa has successfully climbed major trekking peaks above
6,000 and 7,000 meters peaks. A fine person has led many groups on treks and peak climbing, providing full knowledge of the trekking areas and teaching the skill of climbing Himalayan peaks. Trek and climb adventure with Pemba  Sherpa will be a great experience to enjoy.

All Mountaineering Expeditions and trekking peaks are guided by Pemba  Sherpa.
Mr. Pemba Sherpa was born and raised around Nepal Mid-East in the Solu-Khumbu district close to the route to Mt. Everest.

Get the latest news, offers and inspiring travel stories straight to your inbox.